Who’s who in mental health? A medical market research overview 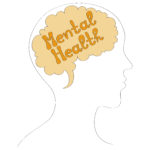 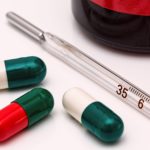 Recruiting nurses for healthcare fieldwork can be something of a tricky task. Despite there being a total of 377,000 nurses in NHS England, issues such as workloads and time restraints can result in more resistance to market research invitations than we have seen in the past. Added to geographical limitations that can naturally occur with focus groups or face to face interviews and of course the difficulty of recruiting specialist nurses in rare therapy areas, and it's easy to see why recruiting nurses can be a challenge for even the most competent market research recruitment team. So, what can you do to make recruitment easier? Read on for our top tips;
Read More
Topics: Healthcare Research - Uncategorized

A Medical Fieldwork Guide to PAH 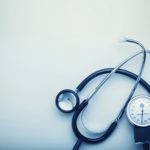 The Lowdown Pulmonary arterial hypertension (PAH) is a progressive disorder characterised by abnormally high blood pressure in the pulmonary artery. Around 5,000 people in the UK have PAH and because of the nature of the condition it becomes more common in people over the age of 40. Due to early symptoms such as dizziness, fatigue and breathlessness that are common to many other conditions, PAH, is hard to diagnose- in fact, statistics show that around 3,000 people remain undiagnosed. As a result, time from symptom onset to diagnosis is usually more than two years, and the disease is often not recognised until itis relatively advanced.
Read More
Topics: Healthcare Research - Uncategorized 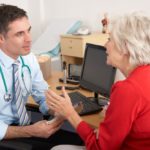 From helping pharmaceutical companies make informed decisions to gaining insight into what it's really like to live with different illnesses, patient market research is an integral part of medical market research. There are of course a number of rules and regulations in place, and even prior to the research itself there are numerous things to consider in the recruitment stage. That's why we've put together a handy'dos and don'ts'  guide for better recruitment to help you source the best possible respondents for your project. Read on for our four golden recruitment rules;

Your healthcare fieldwork guide to dermatology 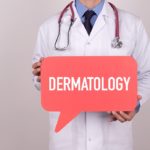 Dermatology is the branch of medicine that deals with diseases of the skin, hair and nails. Skin disease is very common, accounting for approximately 15% of all GP consultations in the UK and amounting to around 4,000 dermatological diagnoses every year.

Britain’s ageing population and its impact on patient market research 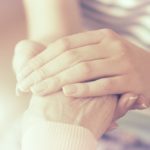 In 2012, the number of over 65's in the UK surpassed 10 million, outnumbering people aged 16 and under for the very first time. It's official - the UK is an aging population, and that's not going to change anytime soon. In fact, the latest projections suggest that there will be a staggering 5.5 million more elderly people in the UK in just 20 years time, and that the total number of elderly people will hit an estimated 19 million by 2050. It's even been predicated that one in three babies born in 2013 will celebrate their 100th birthday, as opposed to just 1% born in 1901. There are two main factors contributing towards the so-called'greying population'.

How support groups can revolutionise your patient market research 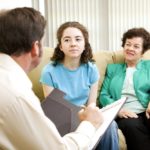 Why do we need support groups for patient recruitment? Support groups provide a place for patients and family members to come together to educate, comfort and give strength to one another when dealing with disease or illness. With thousands of members who also fit a variety of research criteria, support groups not only greatly benefit patients, but are also a vital source for patient recruitment in medical fieldwork, enabling researchers to reach out to a totally new sample of respondents. Support groups often have various ways of contacting patients - whether online, through written newsletters, via social media and websites or during face-to-face group sessions - meaning that they can not only help spread the word to their members about upcoming research projects, but that the respondents are also easy to contact and can be sourced according to individual market research projects. Patients will also be more likely to participate if the invite for the research is coming from a source they trust such as a support group.
Read More
Topics: Healthcare Research - Uncategorized 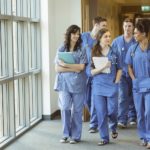 Defining the junior doctor   Junior doctors are the clinical leaders of the future and make up approximately half of today's medical workforce. Statistics from 2014 actually suggest this number may be even higher, with junior doctors making up 61,510 of a total 104,912 doctors in the UK. In some specialist areas, junior doctors account for an even greater percentage of the workforce; in A&E 4,560 of the 6,148 doctors are junior doctors, whilst in Paedeatrics there are 5,033 junior doctors compared to just 2,836 consultants.
Read More
Topics: Healthcare Research - Uncategorized

Who’s who in Haemophilia? A medical fieldwork guide 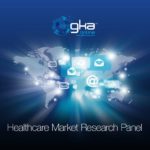 What is haemophilia? Haemophilia is an inherited disorder affecting the body's ability to clot. Normally when somebody cuts themselves, clotting factors and platelets combine to make the blood stickier and make the bleeding stop. When someone suffers from haemophilia, bleeding episodes will last longer due to abnormal clotting. Bruising can also occur more easily, and it is not uncommon for spontaneous bleeding to occur. The main problem for haemophiliacs is internal bleeding into joints, muscles and soft tissues, which can cause pain and stiffness as well as leading to joint damage.
Read More
Topics: Healthcare Research - Uncategorized

Who’s who in Allergy? A medical market research guide; 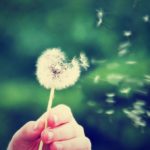 The United Kingdom is officially a nation of allergy sufferers. According to recent studies, 21 million adults in the UK have an allergy, whilst 50% of children and young people suffer with one or more allergies - with that number increasing to 60-80% if their parents have allergies too. Why is it so hard to find a true Allergist for medical market research?
Read More
Topics: Healthcare Research - Uncategorized