See more
Who's who in Alzheimer's? A medical fieldwork guide - GKA

Who’s who in Alzheimer’s? A medical fieldwork guide

Alzheimer’s is a physical disease that affects the brain and is the most common type of dementia in the UK. Over time, the disease causes proteins to build up in the brain and form structures called’plaques’ and’tangles’. These proteins lead to the loss of connections between nerve cells, eventually resulting in the death of the cells and loss of brain tissue. Additionally, Alzheimer’s sufferers also have a shortage of vital chemicals which help to transmit signals around the brain, meaning that the signals aren’t transmitted effectively. 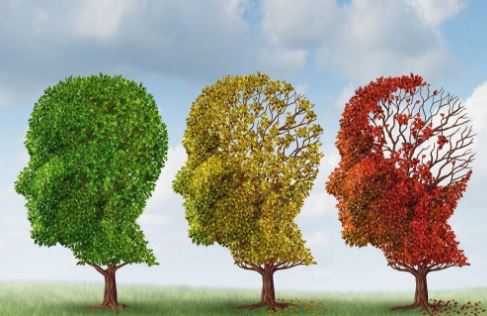 Alzheimer’s is a progressive disease. Over time as the disease progresses, more and more areas of the brain become damaged, causing more symptoms to develop and for these symptoms to become more severe. The rate at which symptoms progress is different for each individual, but generally they can be divided into three main stages:

In the first stage the main symptom is memory lapses, along with mood changes and periods of confusion.

As the disease progresses, memory problems will get worse with those suffering from the condition struggling to remember the names of people they know or recognise their family. They may also develop other symptoms such as increasing confusion, obsessive or repetitive behaviour, delusions, paranoia, problems with speech or language, disturbed sleep, changes in mood, hallucinations and difficulty performing spatial tasks. By this stage they will usually need support to help them with everyday living.

In the late stage of Alzheimer’s, symptoms become increasingly severe and can be very distressing for people with the condition as well as their carers, friends and family. Hallucinations can become worse, they may become violent and they might develop other symptoms such as difficulty eating and swallowing, difficulty moving around, weight loss, incontinence, gradual loss of speech and significant memory loss. In the severe stages of the disease, people will most likely need full-time care and assistance.

There is currently no cure for Alzheimer’s disease. However, there are both drug and non-drug related treatments available to support people and relieve symptoms, with some drug treatments slowing down the disease progression.

These treatments boost the levels of chemical messengers in the brain. This can help to slow down or temporarily relieve symptoms by helping to improve memory and concentration problems in the early stages, making it easier for sufferers to complete day-to-day tasks such as shopping or cooking. Examples of these drugs include donepezil, rivastigmine and galantamine.

Practical techniques and coping strategies such as developing a routine and using assistive technology can help sufferers remain independent and cope with memory loss. Other non-drug treatments include things such as social interaction, music, exercise and other activities that are meaningful to the individual person.

This involves tailoring a person’s care programme to their own personality, interests and abilities and can be an effective way of preventing and managing both behavioural and psychological symptoms.

It’s really important that people with Alzheimer’s have a treatment team that understand their symptoms and can support them as the disease progresses. This team can include but isn’t limited to:

GP’s have an important role in the support of both patients and their carers. A person with dementia should see their GP for a review at least once a year, and should also contact their practice as soon as they feel unwell or have concerns about their health – especially any changes in their behaviour as this could be a sign that the disease is progressing.

Neurologists specialise in diseases of the brain and nervous systems, and some have particular experience in dementia – particularly types like dementia with Lewy bodies and Parkinson’s disease dementia.

Geriatricians are specialists in treating illnesses in people over 50 years old. As well as specialising in the care of older people, they also treat physical illnesses and disabilities of old age such as Azlheimer’s.

Psychiatrists are responsible for diagnosing and treating a number of mental health problems, including dementia, depression and anxiety. In the later stages of dementia, psychiatrists can also prescribe anti psychotic medicines for those showing extreme distress.

Clinical psychologists aren’t medical doctors so can’t prescribe medications. Instead, they work together with wider treatment teams to assess memory, learning abilities and other skills, and also offer patients support to cope with difficulties such as anxiety or mental distress.

Mental health nurses, also known as community psychiatric nurses (CPNs) will provide treatment, care and support for people with mental health problems and dementia. Their responsibilities include carrying out home assessments and also advising patients and their carers on how to improve overall health and quality of life.

Occupational therapists provide advice and support for patients on how to maintain skills and live independently for as long as possible.

With over 25 years of experience in medical fieldwork, we have built up a wealth of knowledge and experience in a number of therapy areas, including Alzheimer’s. Our panel includes over 3580 GPs, 400 specialist nurses, 312 geriatric specialists and 86 old age psychiatrists and we’ve conducted 22 projects in this therapy area in the last couple of years alone.

If you’ve been asked to carry out a medical fieldwork project and would like to find out more about the type of people we can recruit, download our panel book today.