The latest from the NHS frontline 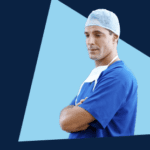 Following the research we conducted in April with our panel of healthcare professionals, we were keen to get an updated picture of how the situation is looking now, particularly as the measures in place across society are beginning to change. We were particularly interested to see...

Views from the NHS frontline

Updated May 2020: See the latest research from the NHS frontline As the global COVID-19 pandemic continues to unfold, here at GKA we were keen to get a sense of the situation for front-line healthcare professionals 'on the ground' at the moment. Having seen a number of...

Who’s who in Breast Cancer

The lowdown Breast cancer is the most common type of cancer in the UK, with one person diagnosed every 10 minutes. Cancer Research UK predicts that one in eight women in the UK will develop breast cancer within their lifetimes, an increase of 50% over the last 25 years - making breast cancer market research a fast-growing fieldwork area. There are around 55,000 new cases of breast cancer reported in women in the UK every year, and although it's much less common in men, there are still 390 male cases reported each year.
Read More
Topics: Healthcare Research - NHS

Biosimilars: what are they and what do they mean for the NHS? 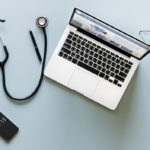 What are biosimilars? A biological medicine is a type of treatment for long-term medical conditions such as rheumatoid arthritis, Crohn's disease and psoriasis that's given via a drip or an injection pen. A biosimilar medicine is simply a newer version of the original biological drug: as the name suggests, it's highly similar to EMA-approved biological medicines in terms of safety, purity and potency, and it works in much the same way. There are no clinically meaningful differences, just minor differences in clinically inactive components being allowed, and they have to go through the same rigorous scientific assessments before becoming available on the market. So how are they different to biological drugs? Well, instead of being created using chemical synthesis, biosimilars are synthesised from living organisms or their products, such as hormones, proteins yeast or bacteria. As a result, the molecules within the drug could vary slightly between different batches, which means research and development takes an average of about 10 years. In addition, biosimilars can only become available once a branded drug patent expires - and according to Pfizer, approximately 100 biologic products will lose patent or other protections by 2022, which means newer and cheaper biosimilar products will soon become available.
Read More
Topics: NHS 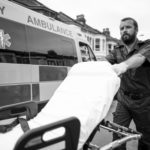 Technically, the NHS officially began on 5th July 1948. Prior to this, local governments were responsible for running their hospitals, which meant that many hospitals weren't adequately equipped, struggled to cater for people's needs and were inaccessible for the poor. It also meant the quality of care varied hugely from place to place, with rural areas having very limited access to hospitals and healthcare.
Read More
Topics: NHS