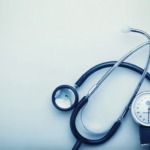 What are the facts? Huntington's disease is an inherited condition that damages certain nerve cells in the brain. This damage gets worse over time and results in a gradual loss of function that causes problems with movement, cognition (perception, awareness, thinking and judgement) and behaviour. In the majority of cases Huntington's disease is caused by an inherited faulty gene, however in around 3% of cases there is no family history. Huntington's disease usually progresses and gets worse over a 10-25 year period from when it first appears, and during the later stages of the disease the person will be totally dependent and need full nursing care.
Read More
Topics: Huntingtons Disease