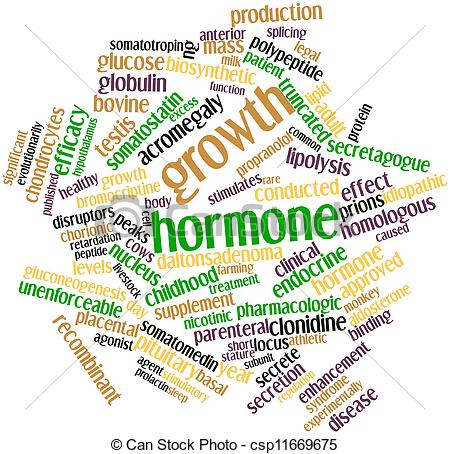 Growth hormone deficiency is a challenging disease area to carry out healthcare market research. The primary challenges are a relatively low incidence, small numbers of doctors who treat the condition, and the involvement of children and their caregivers in the research.

Healthcare fieldwork agency GKA has many years of experience in carrying out healthcare market research studies in GHD, undertaking more than 20 projects in recent years alone. These studies have involved patients, both children and teenagers, their parents and carers, as well as specialist healthcare professionals including endocrinologists, hospital pharmacists and specialist nurses.

Strong relationships with both patient organisations and our dedicated GKA patient network are key elements in our ability to recruit large numbers of validated participants for both adult and child studies. With close ties to several specialist centres, we have built an unrivalled panel of more than 100 endocrinologists, 50 endocrinologist nurses and 250 paediatricians, a large number of whom regularly see children with GHD.

Growth hormone (GH) is a protein made in the pituitary gland located on the underside of the brain. From there it passes into the bloodstream and has effects on virtually every organ in the body, however, its primary effects are in childhood to make them grow.

Growth hormone deficiency (GHD) can be present at birth or develop later in childhood. It is more common in males than females and occurs in around 1 in 3,800 births. Approximately 80% of GHD cases should be diagnosed by school entry.

Treatment involves an injection of synthetic growth hormone each day until the child stops growing. If the lack of hormone is treated in its early phase, it is likely that the child will gain several extra centimetres bringing them into the normal range for height. Regular monitoring is needed to adjust the dose of growth hormone as the child increases in height and weight and to look for potential side effects. Once growth has ceased, lifelong monitoring is advised, as injections can help protect the body against disease such as osteoporosis.

More often than not, there is no single, clear explanation or cause for GHD. Very rarely it can be due to a genetic defect, which in some instances may be hereditary, but more often the deficiency is the result of disease in the pituitary gland, brain or liver, or abnormalities with hormone receptors.

The main symptom of GHD is that growth slows down or stops from the age of two or three years onwards. It is often first detected through routine monitoring using growth charts although it can become more obvious when a child starts nursery or school and is much shorter than other children in the class.

Although children with growth hormone deficiency grow slowly, they grow in proportion – that is, the length of their arms and legs stay at the same ratio to their chest and abdomen. Their face may look younger than their actual age. They may also seem chubbier than other children, due to the effect of growth hormone on fat storage in the body. Puberty may occur later than usual or not at all.

In adults, typical symptoms include:

A diagnosis of GHD is confirmed by measuring the level of growth hormone production in response to a stimulation test, which generally requires a morning in hospital.

In addition, an X-ray of the left hand and wrist may be taken to examine bone development. The so-called ‘bone age’ may be lower than expected in relation to the child’s age.

These other hormones are:

Treatment is usually initiated at special paediatric units and involves daily injections of a synthetic growth hormone. Parents are trained to administer the injections, which are needed until the child stops growing. The correct amount of growth hormone has to be determined exactly, so children with GHD are closely monitored. Side effects from treatment are very rare.

If treatment starts early on (before the age of six), the results are nearly always excellent. Even at later stages, results can be spectacular. Catch-up-growth occurs following initial treatment and so a normal growth rate is usually maintained.

Teenagers are usually transferred to the care of an adult endocrinologist for lifelong monitoring; continuing injections after growth has stopped can help protect various body systems, particularly preventing the weakening of bones (osteoporosis).

View our Therapy Area Guide collection to get up to date on a range of therapy areas and to find out where GKA can help you.