It’s no secret that public satisfaction with the NHS is continuing to decline. But why are satisfaction levels so low? What plans are in place to make improvements? And what does this mean for qualitative research in healthcare? Since 1983, NatCen Social Research’s British Social Attitudes survey has asked members of the public in England, Scotland and Wales about their views on the NHS and health and care issues generally. The latest survey, carried out between July and October 2018, asked 2,926 people about their overall satisfaction with the NHS and 973 people about their satisfaction with individual NHS and social care services. We take a look at the results and also compare the findings with the Care Quality Commission’s Inpatient Survey, which looks at the satisfaction of patients discharged from an NHS acute hospital, to see if there are any similarities and trends;

The main finding of the NatCen study is that public satisfaction with the NHS has continued to fall, with overall satisfaction in 2018 standing at 53% – the lowest level in over a decade. The four main reasons people gave for being satisfied with the NHS were the quality of care, the fact that the NHS is free at the point of use, the range of services and treatments available, and the attitudes and behaviour of NHS staff. However, the four main reasons people gave for being dissatisfied with the NHS overall were long waiting times, staff shortages, a lack of funding, and money being wasted. So how does this compare to the CQC survey? The CQC inpatient Survey looked at the satisfaction of 76,668 people discharged from an NHS acute hospital in July 2018. Patients reported waiting too long at admission and waiting longer than last year at discharge – in fact, waiting times are getting steadily worse since the survey began in 2005, echoing the findings of the NatCen survey. The CQC survey also identified that feeling involved in decisions regarding discharge from hospital remains an area that needs improvement.

People’s experience of the integration of their care has got worse over time as well, with fewer people reporting discussions with staff about the need for further health and social care services when they left the hospital, while significant numbers of patients reported not being sufficiently involved in decisions regarding their care and treatment. Additionally, at the time of being discharged, significant numbers of patients were unsure about their situation, including not being given appropriate information about their care after leaving the hospital. 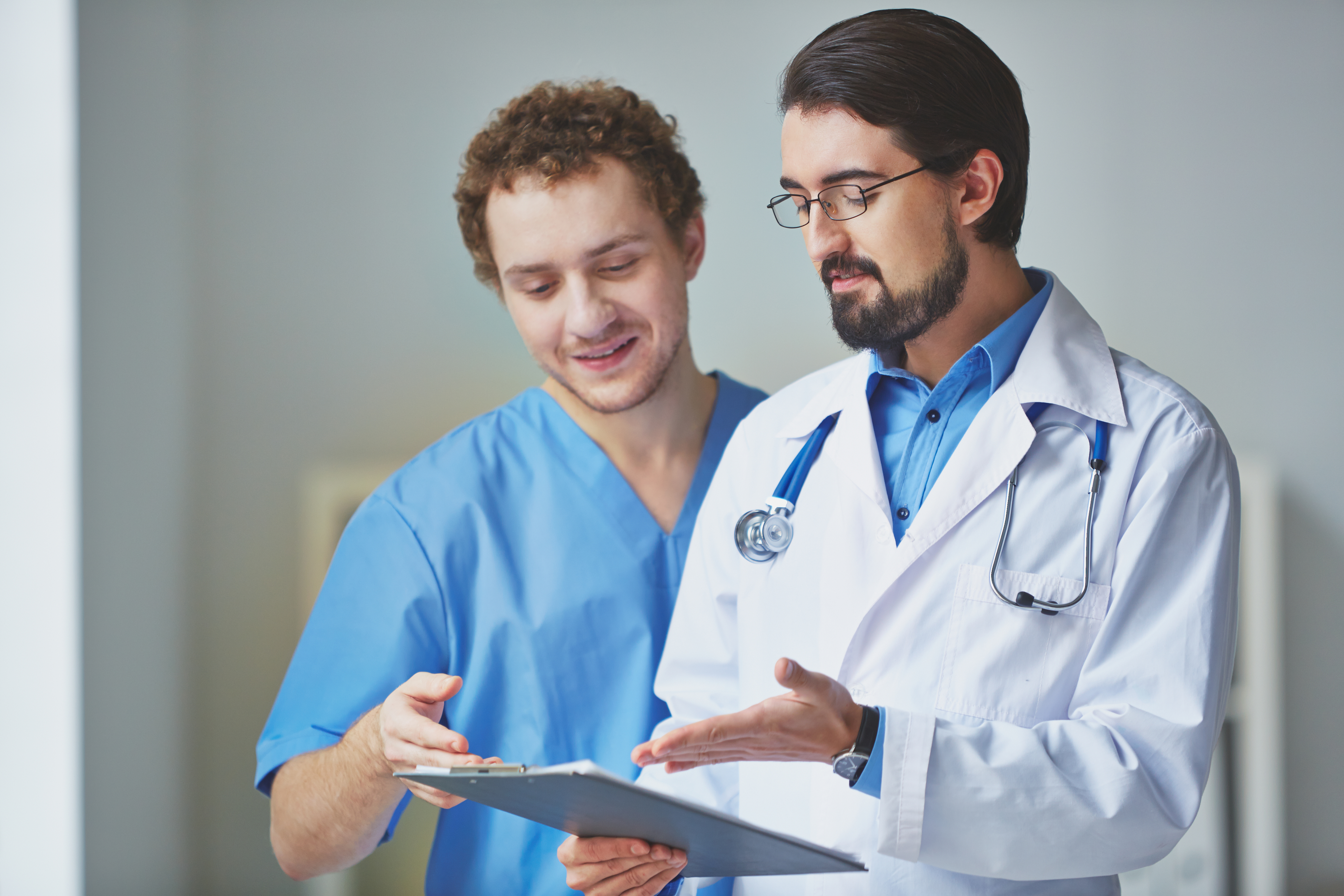 The main goals and objectives of NHS England are for everyone to have greater control of their health and wellbeing by supporting people to live longer, healthier lives with high-quality services that are constantly improving. Judging by the results above, there’s still a long way to go – and with patient satisfaction continuing to decrease, one way the NHS hopes to improve satisfaction is the 10-year Long Term Plan. Kicking off this year, it is accompanied by its most generous funding settlement for almost a decade.

The Long Term Plan follows on from the Five Year forward view, which was implemented in 2014 and designed to help meet the needs of increasing numbers of people who need support in managing long-term health conditions. It called for more of a focus on preventing people from getting ill by giving them increased control of their own care and getting different services working together to provide joined-up care for patients. However, as we saw above, significant numbers of patients reported not being sufficiently involved in decisions regarding their care and treatment – which means there’s still work to be done.

What does this mean for the NHS?

It means that the NHS is struggling and that a lot rides on the Long Term Plan. Although the NHS is one of the most equitable systems in the world, it lags behind many comparable countries on key outcome measures for diseases like cancer, stroke and heart attack, as well as childhood mortality. Basically, its report card overall is pretty mixed. We remain very loyal to our NHS, but thanks to an ageing population, increased dissatisfaction amongst HCPs and junior doctors, and a public that is more demanding than ever before, the NHS has an uphill battle on its hands.

Satisfaction with the NHS sits at its lowest level for more than a decade, driven by concerns about a lack of money, staff shortages and mounting waiting times. The new funding settlement for the NHS and accompanying Long Term Plan have set the direction for the next 10 years – however, with less-firm commitments to reducing waiting times than there were in the past, and the government’s strategy for dealing with critical workforce issues still outstanding, we’ll just have to wait to see when the decade-long slide in public satisfaction with the NHS will come to an end. 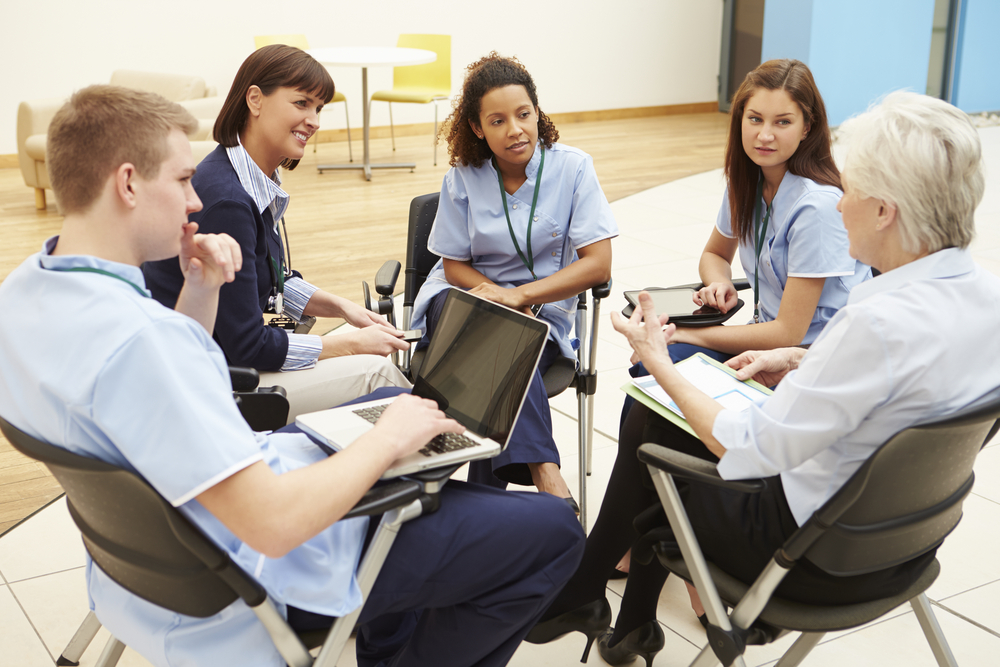 And what about market research?

At such a turbulent time, qualitative research in healthcare is more important than ever before. With the Forward View and Long Term Plan focusing on giving patients more control of their own care and transforming the way healthcare is delivered, the only way to know whether or not these new ideas are working is by talking to the patients themselves – which means patient market research is absolutely vital. And the opinions of HCPs are equally important, too. The strain that the NHS workforce is under is no secret, but what do the professionals really think about the suggested changes? Are outcomes for diseases such as cancer and heart attacks improving? Is funding being used in the right way?

With so many unanswered questions, qualitative research in healthcare with both HCPs and patients is incredibly important if the NHS is to really understand its audience. In order to make the changes it sets out, the NHS needs to make solid, evidence-based decisions, meet actual needs and deliver effective solutions – and according to the current satisfaction levels, it’s not yet ticking the boxes.

With so much change going on in the NHS, it’s never been more important to stay up-to-date with who does what. Our team have access to the detailed knowledge you need to inform your studies, so you can keep on top of the changes and make sure your research remains relevant. From roles and responsibilities to the structure of the NHS, we have got everything you need to inform your market research in one place. Get in touch with the team to find out more.